Arklow Primary Care Centre is a new four-storey state of the art building which will provide the local community in Arklow, County Wicklow with access to a range of healthcare services in one location including General Practice services, dental surgeries, public health nursing and mental health, therapy and network disability services.

The 5,533m2 centre has been designed by architect, Mahon Fox to create a welcoming and elegant building with interesting architectural features to complement the existing urban fabric of Arklow Town.

A number of Knauf systems and products have been employed in the construction of Arklow Primary Care Centre. The external walls were created with Knauf SFS Studs, Knauf Insulation, Knauf Renders and lined with Knauf Plasterboards. The internals utilise Knauf Performer Partition Systems, Knauf Suspended Ceiling Systems and the X-ray suites benefit from Knauf Safeboard.

Eddie Hogan, Project Manager of Esmonde Developments, Main Contractor on the project was keen to work with Knauf again after building good rapport with the Company on a previous project.

He comments: “Knauf’s technical knowledge and certification was a major factor in the specification of the Company’s systems for this project. It is essential for us to have the correct certification to ensure the building meets the required standards, in terms of fire and soundproofing requirements for example, so we needed to have complete confidence in the systems specified.” 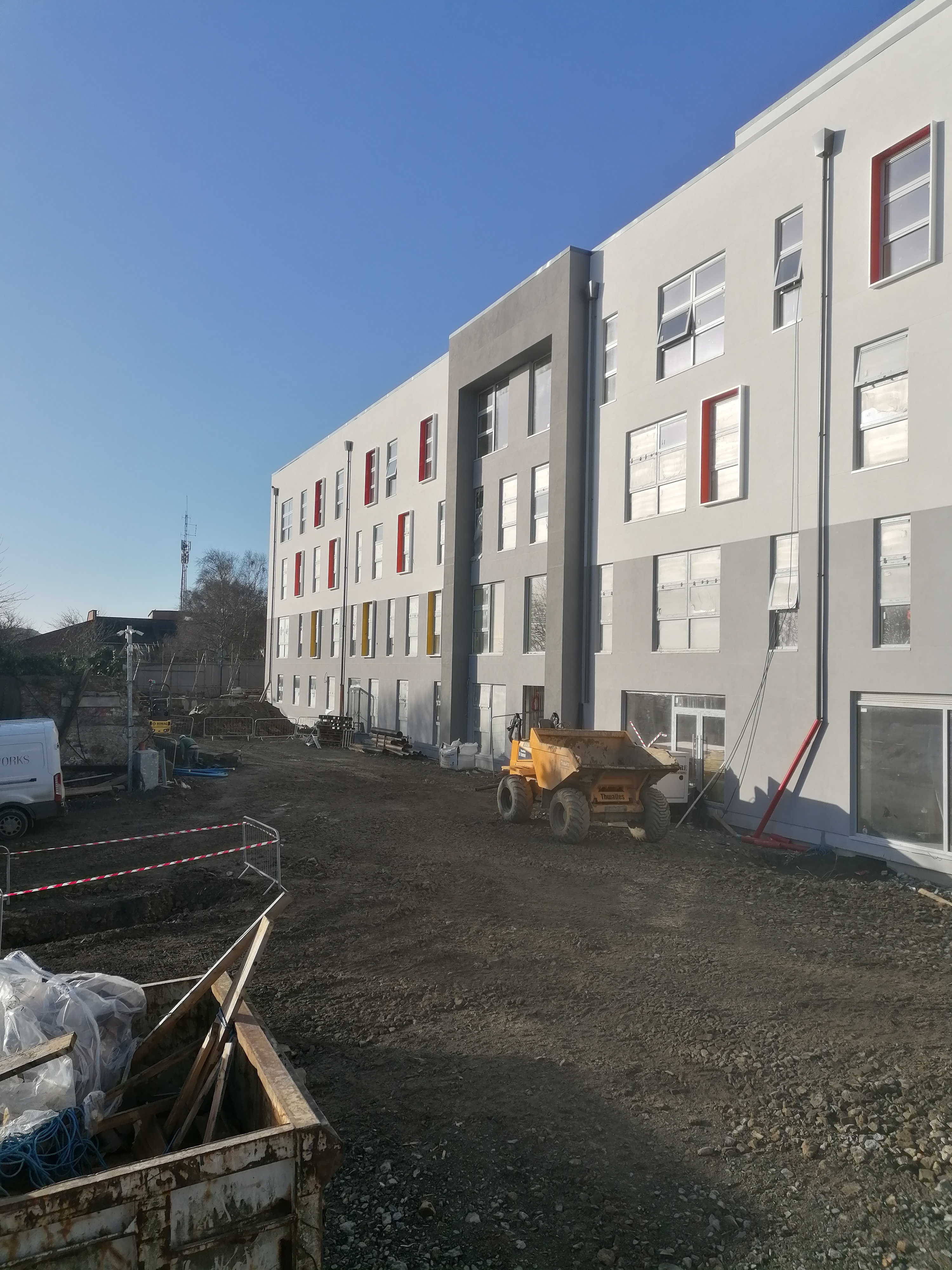 Project architect, Shane Maguire of Mahon Fox also worked closely with Knauf throughout the build. He explains: “We provided the building design to Knauf who produced the drawings of the external wall systems. During the build there were moments when changes were required and these were managed promptly by Knauf. The process worked really well.

“The Knauf system was really quick to construct, it was much faster and more precise than a traditional external wall build-up. The accuracy of the system drawings Knauf supplied enabled us to further speed up the build by providing them to our window supplier and ordering the windows before the external walls had been constructed. This saved a lot of time.”

Eddie also found the service provided by the Knauf Technical Team to be invaluable, saying: “Knauf produce documents for the internal and external walls, like a manual, which show how the systems should be constructed in order to achieve certification, down to the smallest detail. These documents were really helpful for us in supervising the works and making sure everything was installed correctly.”

Both architect and contractor found it much easier using one manufacturer for the entire project rather than sourcing different elements from different suppliers. Another benefit of choosing Knauf was the extensive range of specialist products, such as high performance boards, the Company offers.

The architect specified Knauf Safeboard for the two X-ray rooms. Knauf Safeboard is an X-ray resistant plasterboard which provides effective shielding with barium sulphate in its core. It removes or significantly reduces the lead content in the partition. It is easier to procure, lighter and easier to install than lead-lined plasterboard, but just as effective at meeting the lead code requirements.

Arklow Primary Care Centre is due to open its doors to the public in early Summer 2022.