Samuel Hatcher first joined Knauf as an Engineering Apprentice in 2018. He undertook a 4-year multi-skilled apprenticeship supported by Knauf and is now in his fourth year. After having studied engineering, this role was his first step into an engineering career and practically applying the theory he had learnt so far. 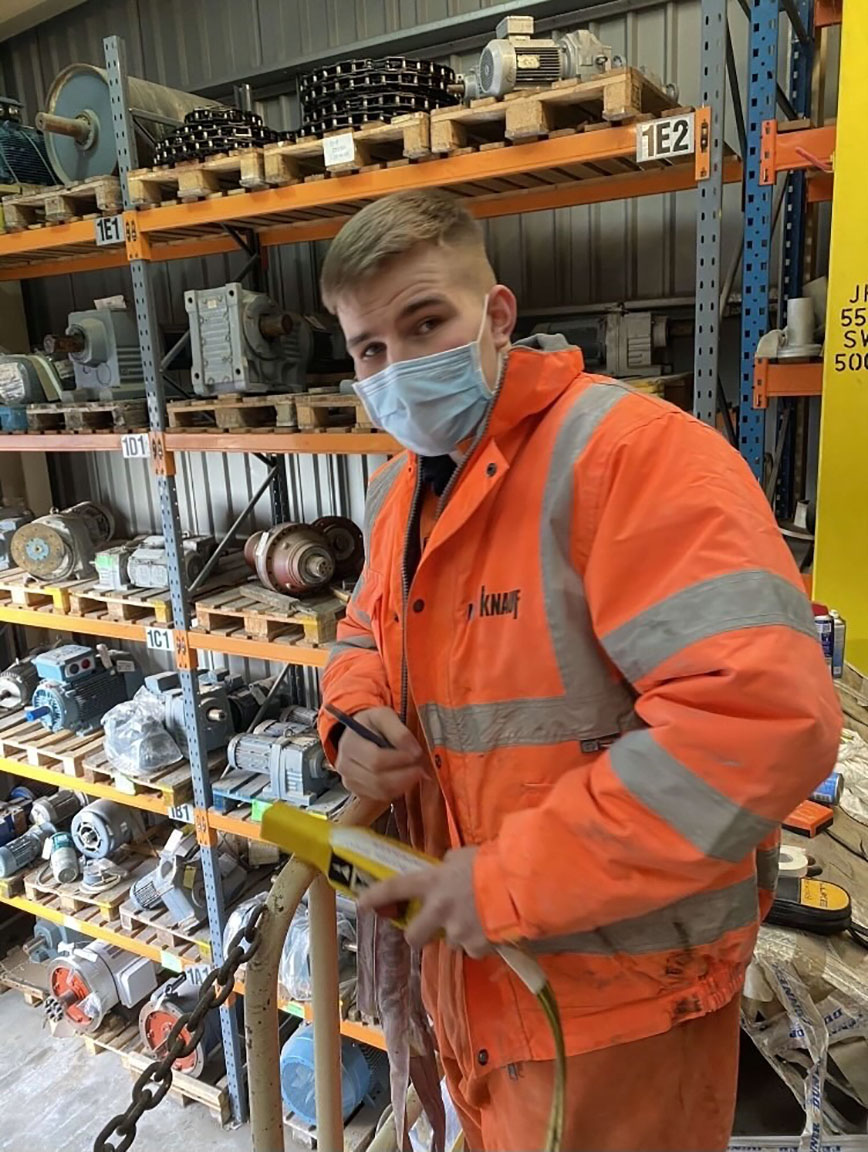 Prior to joining Knauf, Samuel had spent 2 years in the army, where he developed a can-do attitude which he carried straight into his Knauf apprenticeship.

Samuel considers himself a practical man who enjoys getting his hands dirty, which is one of the reasons the Knauf apprenticeship scheme appealed to him. The role involved a multitude of responsibilities, giving him exposure across a variety of vocations. After visiting the Sittingbourne factory during his interview process and being impressed by the scale of the plant, Samuel knew he wanted to pursue the role.

Over the years, Samuel has gained an in-depth understanding of systems, how to break each one down into its working components. He particularly enjoys identifying faults to fix and conducting preventative maintenance – problem solving has become Samuel’s forte.

Moreover, Samuel credits the Knauf apprenticeship scheme for providing himself with the confidence to take the initiative. In the army, the environment is very much ‘do as you’re told’, whereas during his apprenticeship Samuel has been taught to think for himself. Samuel also recognises that this has been carried over into his personal life, where he feels this newfound initiative converts into sensibility and common sense.

Samuel’s apprenticeship consists of both practical work at Knauf Sittingbourne and theoretical work at college. Samuel has totally applied himself to both components, achieving a distinction in his BTEC Level 3 in Advanced Manufacturing Engineering and receiving the Best Engineering Award for his Level 3 project. He has then moved onto completing an HNC in General Engineering, again gaining a distinction in his first year and aiming for the same in his second and final year.

Samuel’s enthusiasm for the job hasn’t waned throughout his apprenticeship, particularly as he says he is both getting to pursue his passion and that no two days are the same. The range of engineering jobs in the plant is so vast that it allows him to apply his ongoing teachings in a variety of areas. Another reason for Samuel’s enthusiasm is the great teams he works with, stating that they’re always happy to help and impart knowledge.

When asked what advice he would give to future Knauf apprentices, Samuel stated that you need to soak in all of the exposure you’re gaining. Put 110% into your work, because you get out what you put in. With all of the experienced individuals and teams around you, there is a lot to absorb and learn – and remember, they’re investing in you, so show them what you can do.

Find out more about our extensive range of products and systems. Build for the world we live in.

Our Technical Services team can provide help and support throughout your project, whether you're an architect or contractor.