From Apprentice to Management – Tom Greaves

From Apprentice to Management – Tom Greaves at Knauf 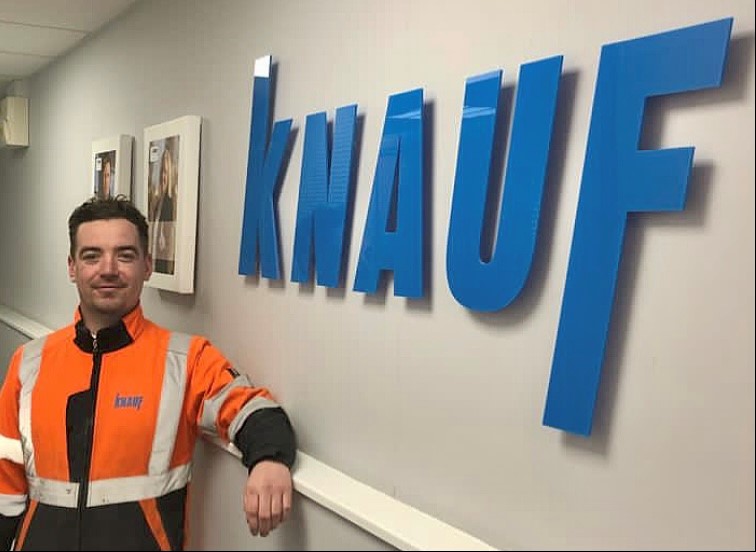 Tom Greaves first joined Knauf in 2006 as an Electrical Apprentice. He undertook a 4-year advanced modern apprenticeship supported by Knauf – it was his first step into a full engineering career.

He highlights Knauf’s family orientation and Values, citing how the Company invested in him both professionally and personally. It didn’t take long for Tom to decide that Knauf is an exciting company to work for and is where he wanted to progress his career.

From here, Tom was promoted to Senior Electrical Technician which Tom credits for opening up new doors for him and providing the work experience needed to develop skills across a range of responsibilities.

Within this new role, Tom’s day-to-day work was primarily project focussed, working alongside contractors and within contractor management, as well as setting out goals for both parties to achieve. Also, as part of this role this role, he had apprentices in his team and took pride in mentoring them.

Tom was also able to play an important role in implementing several procedural upgrades, which, in turn, gave him an insight into the skillset required to further progress.

Tom then moved into a new role in facilities management, helping to look after the Knauf Immingham site from the entrance through to exit. This role presented very different responsibilities from what Tom had previously undertaken, such as ensuring the good condition of site infrastructure and that facilities are safe and well-functioning.

As the majority of Tom’s work had been practical and factory focussed up to this point, making the transition into a more desk-based role was challenging. However, Tom recollects the trust Knauf put in him and the help they provided to make the transition a smooth one.

Examples of this help is the Knauf Manager Essentials Programme and the Knauf Leadership Development Programme – essential training for any Knauf manager. Knauf ensures that all of their managers have the same understanding of the Company as a business and are assured in their abilities to manage capably and safely.

Tom has recently moved back into a more technical role, becoming an Engineering Process Development Manager. This role requires Tom to provide effective and efficient asset management and to lead all reliability, development and process engineering activity, working in partnership with the manufacturing teams to ensure optimum output is achieved across the plant.

When asked what advice he would give to any current or future Knauf apprentices, Tom provided this drop of wisdom: “Always be eager and show that you’re willing to go the extra mile – apprenticeships are all about what you put in; if you put in the effort here at Knauf then you’ll have a great future ahead of you within a skilled and dedicated team.”

Find out more about our extensive range of products and systems. Build for the world we live in.

Our Technical Services team can provide help and support throughout your project, whether you're an architect or contractor.