Iceberg, an ice palace with an arena of 60x30 meters and a training rink for figure skating and short track competitions, became one of the main architectural symbols of the XXII Olympic Winter Games in Sochi, Russia in 2014. 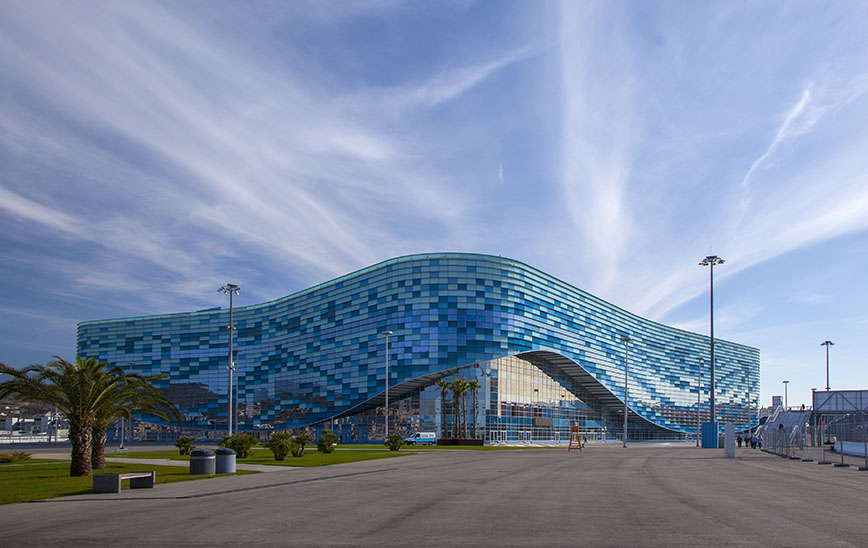 The palace is a collapsible structure, consisting of 15,000 tonnes of metal structures, fastened with bolts and without welding. The capacity of the Iceberg Palace of winter sports is 12,000 seats; the total area of the building is 67,830m2.

During the interior construction more than 270,000m2 of AQUAPANEL® Cement Board Indoor boards were used.

The basis of the architectural solution of this sports facility is a stylised pattern of intertwining waves on the facades of the building, formed by glass and sandwich panels. Front designs are painted in several shades of blue. Such an expressive appearance is intended to combine the palace with the silhouettes of the surrounding mountains and the waves of the Black Sea. Each floor has its own color code, which helps viewers to navigate between the floors and sectors of the palace.